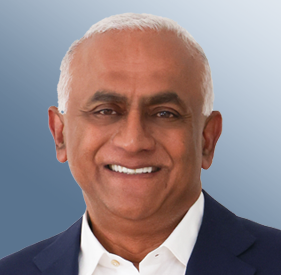 Mohan Giridharadas is the Founder & CEO of LeanTaaS, a 260-person healthcare analytics company headquartered in Silicon Valley with offices in Charlotte, Atlanta, and Ottawa.  LeanTaaS embeds patented optimization algorithms based on lean principles, sophisticated data science, and simulation methodologies into its flagship iQueue suite of products.  iQueue enables health systems to improve patient access and lower cost by unlocking capacity in scarce assets.  One or more of the iQueue products have been deployed at nearly 100 leading health systems across the country.  These include Academic Medical Centers like Duke, Emory, Penn Medicine, UPMC, Stanford, UCSF, University of Utah, UCHealth in Colorado, Rush University Medical Center and many others.  They also include iconic, single-mission institutions dedicated to curing cancer such as Memorial Sloan Kettering Cancer Center and the University of Texas MD Anderson Cancer Center. Finally, they include numerous standalone and networked hospitals such as Boca Raton Regional Hospital, MultiCare, Providence, New York Eye and Ear (part of the Mount Sinai system of hospitals), Banner Health, Dignity Health (now Common Spirit) and many others.

Prior to starting LeanTaaS in 2010, Mohan was a senior partner at McKinsey & Company.  During his 18-year tenure at McKinsey, Mohan led the Lean Manufacturing and Lean Service Operations Practice in North America and for the Asia-Pacific Region while based out of Sydney and Singapore.  He was also on the committee responsible for evaluating candidates for election to the worldwide partnership of the Firm.

Mohan holds an MBA from Stanford University, an MS in computer science from Georgia Tech and a B. Tech in electrical engineering from IIT Bombay.  He has been a member of the Continuing Studies faculty at Stanford University and the MBA faculty at the Haas School of Business at the University of California Berkeley where he taught classes on the application of lean principles to achieve excellence in service operations. 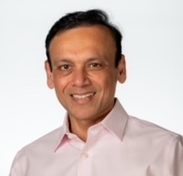 Before LeanTaaS, Sanjeev was Google's first Head of Product Marketing and held leadership positions at three successful startups that were acquired by Microsoft, Motorola, and AfterCollege.
View Bio
View LinkedIn

Sanjeev Agrawal serves as the President and Chief Operating Officer for LeanTaaS, the leading AI / ML analytics company in healthcare operations. LeanTaaS’s predictive analytics software powers over 130 health systems and 500 hospitals to improve access and lower costs. Sanjeev is also the co-author of the book “Better Healthcare Through Math”. Before LeanTaaS, Sanjeev was Google’s first Head of Product Marketing, and led three successful startups – CEO at Aloqa (acquired by Motorola), VP Products & Marketing at TellMe Networks (acquired by Microsoft) and Founder & CEO at Collegefeed (acquired by AfterCollege). Sanjeev graduated with BS and MS degrees in Electrical Engineering and Computer Science from MIT. He started his career at McKinsey & Company and Cisco Systems before joining Google. Sanjeev has been named by Becker’s Hospital Review as one of the top entrepreneurs innovating in Healthcare. 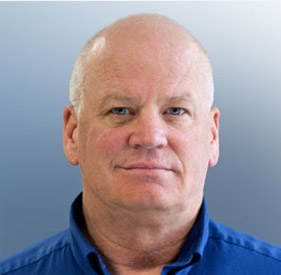 Lloyd has over 25 years of experience in finance and operations. Before LeanTaaS, Lloyd was Corporate Controller at Google and VP and Controller at Trulia.
View Bio
View LinkedIn

Lloyd has over 25 years of experience in finance and operations. Prior to joining LeanTaaS, Lloyd has held senior management positions at Ernst & Young, Google, Trulia and several venture backed startups. He holds a BA and MBA from Santa Clara University. 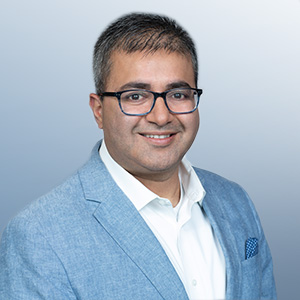 Niloy has 20+ years of experience in marketing and strategy. Before LeanTaaS, Niloy was CMO at Omnicell and GE Digital.
View Bio
View LinkedIn

Niloy has over 20 years of experience in marketing and strategy. Prior to joining LeanTaaS, Niloy was Chief Marketing Officer at Omnicell and GE Digital. Niloy was also a senior advisor at TPG Capital. He holds a B.Tech from College of Engineering, India and MBA from Columbia University. 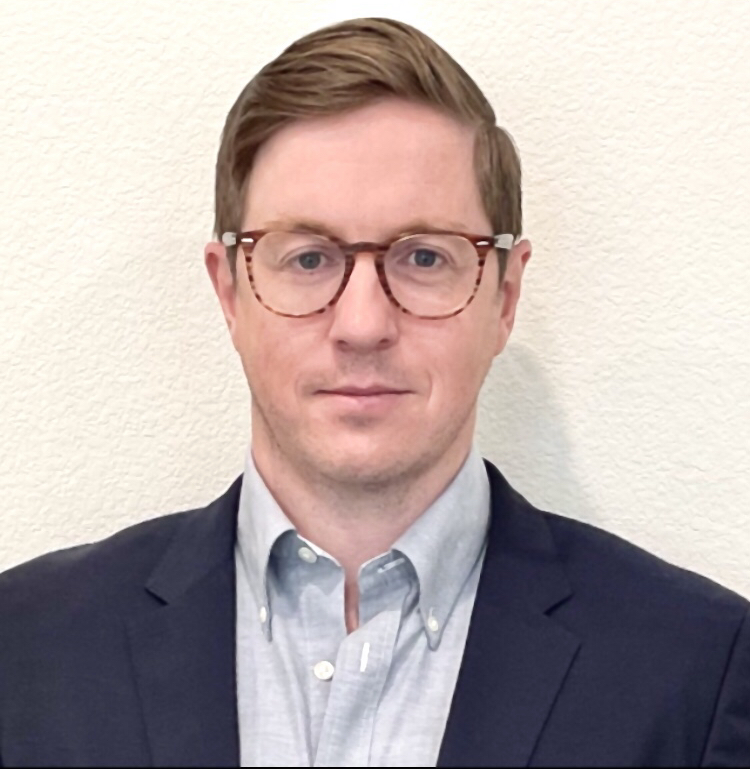 Hugh has built practical mathematical solutions for enterprises, including staffing optimization for table games at Las Vegas casinos, an award winning staffing tool for large health systems, and a patented machine learning approach to data deduplication. Hugh has also worked on numerous M&A and venture capital deals with a focus on enterprise AI.

He holds a PhD in Applied Mathematics from the University of Connecticut, an MBA from Cornell University, and a BS in Computer Science from University College Dublin. 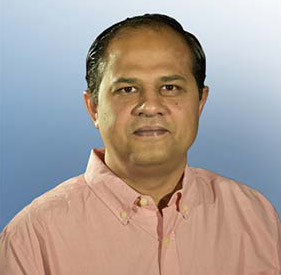 Chandra brings more than a decade of experience in engineering and product management. Before LeanTaaS, Chandra was the VP of Product at Collegefeed, an Accel backed company that was acquired by AfterCollege. Prior to that, Chandra was a lead engineer on the firewall and intrusion prevention technology at Symantec for a decade, where he developed malware detection technology that protects more than 200 million users worldwide. Chandra also designed and architected several mobile apps, some of which have millions of users. He studied computer science at North Dakota State University, and holds several patents in computer security and mobile design. 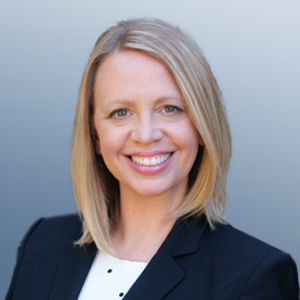 Ashley leads a nationwide team that has successfully deployed iQueue for OR at over 490 hospitals to improve perioperative efficiency. Before LeanTaaS, Ashley was the Perioperative Business Manager at UCHealth for 8 years.
View Bio
View LinkedIn 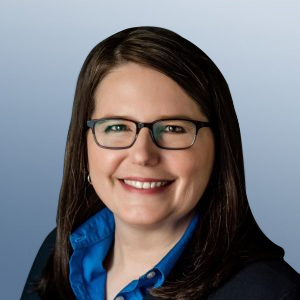 Ashley was Integral to the early creation and building of the service operations practice at McKinsey & Company. At LeanTaaS, she leads a nationwide team that works with nearly 500 infusion sites to improve operational efficiency.
View Bio
View LinkedIn

Ashley comes to LeanTaaS with over 20 years of service operations experience. She was integral to the early creation and building of the service operations practice at McKinsey & Company, where she served clients in the financial services, insurance, retail, energy, and healthcare industries. For over a decade, she owned and operated a chain of service-based franchises. Ashley has a bachelor’s degree from Georgia Tech and an MBA from Harvard Business School. 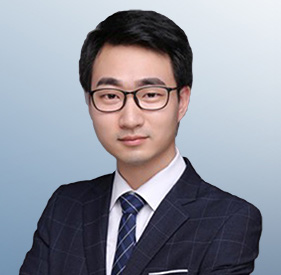 Zetong Li is the Director of Product Management for iQueue for Operating Rooms. He has worked with many leading healthcare organizations to analyze and improve operating room efficiency with predictive analytics and machine learning; and filed several patents along the way. Zetong has a wealth of experience in data science, decision analysis, machine learning, and recommendation systems. He holds an MS in Engineering Management from Stanford University and a BS in Logistics Engineering from Tianjin University in China. 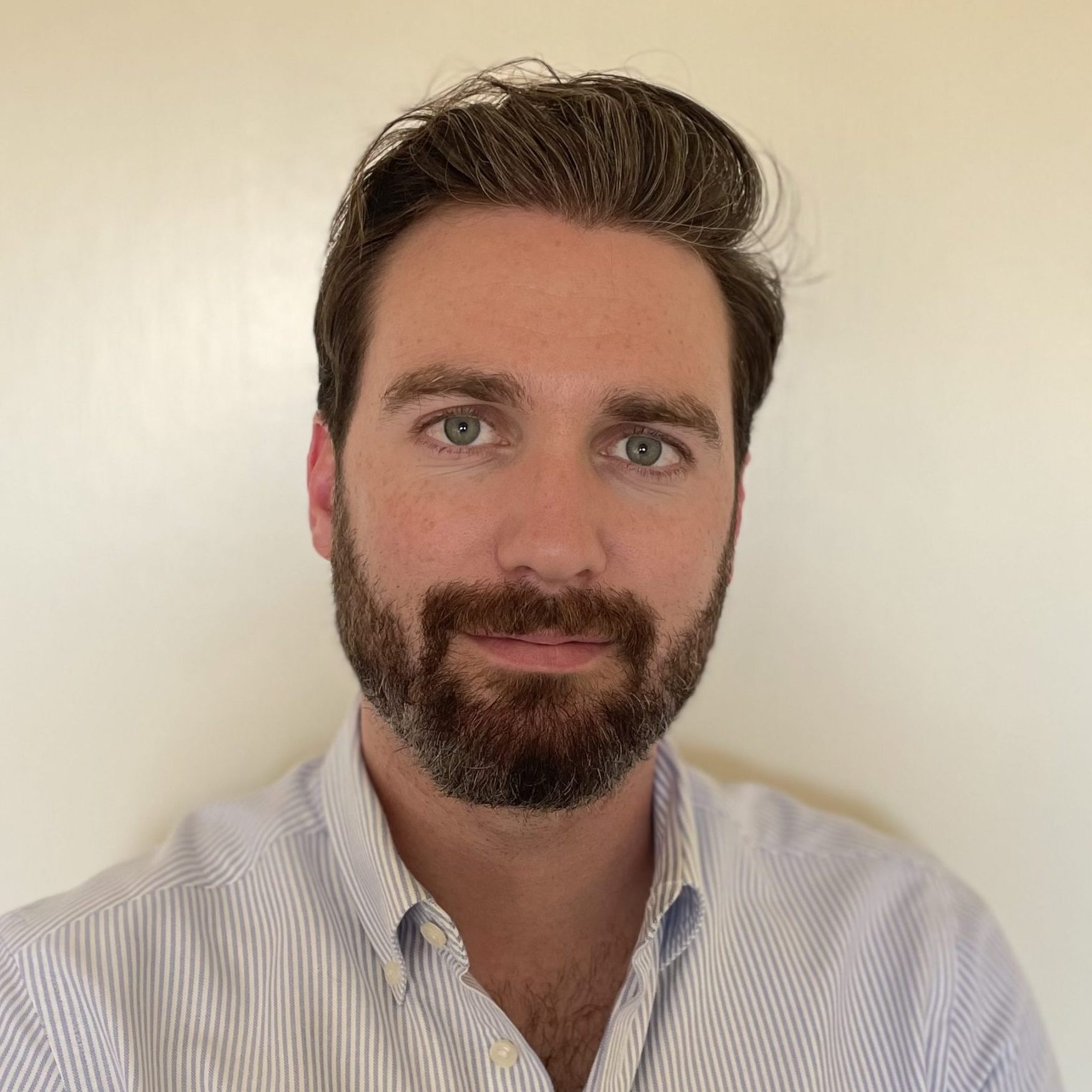 As Group Product Manager for iQueue for Infusion Centers, Conor leads product teams delivering data science driven capacity optimization for top cancer infusion centers across the US. Prior to joining LeanTaaS, Conor was a senior consultant at EY. He is a graduate of University College Dublin in Engineering and holds a Master of Science in Bioengineering from Trinity College Dublin. 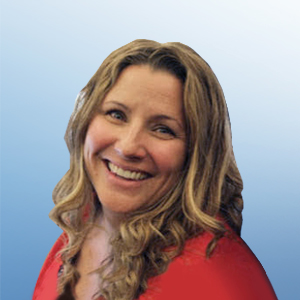 Kris joins LeanTaaS as their Head of People with over 25 years of Human Resources experience as a Generalist, Business Partner, and People Leader.
View Bio
View LinkedIn

Kris joins LeanTaaS as their Head of People with over 25 years of Human Resources experience as a Generalist, Business Partner, and People Leader. She was most recently at Affogato HR Consulting. Prior to that, she was at 23andMe where she was responsible for building and managing their Human Resources organization while fostering the company culture during a period of tremendous growth. Kris holds a Bachelor’s degree in Speech Communication from San Jose State University and SPHR, PHRca and SHRM-SCP certifications.

iQueue Works with Any EHR